Posted by Patricia Buonaguro-Laidig · October 08, 2018 12:57 PM
Add your reaction Share
The Parade will be held on Sunday, November 11 (11/11), 2018 at 9:30 a.m. The Howard County Veterans Foundation, Inc., and the County’s Veterans service organizations in partnership with the Columbia Association will conduct the 4th Annual Howard County Veterans Day Parade to honor all Veterans, First Responders and their families. A Gold Star family member will lead the Parade!
Parade Schedule
8 a.m. – Check In: Parade forms at Merriweather Post Pavilion
9:30 a.m. – Parade will step off travel about 1 mile ending at the future site of the Howard County Veterans Monument at Lake Kittamaqundi. A reviewing officer/announcer will be placed at mid parade route.
10:45 a.m. (on or about) – A Ceremony honoring Veterans will commence with a special remembrance at 11 minutes past the hour of 11 (11/11/11).
To march with the LWVHC contact 410-730-0142 or [email protected] 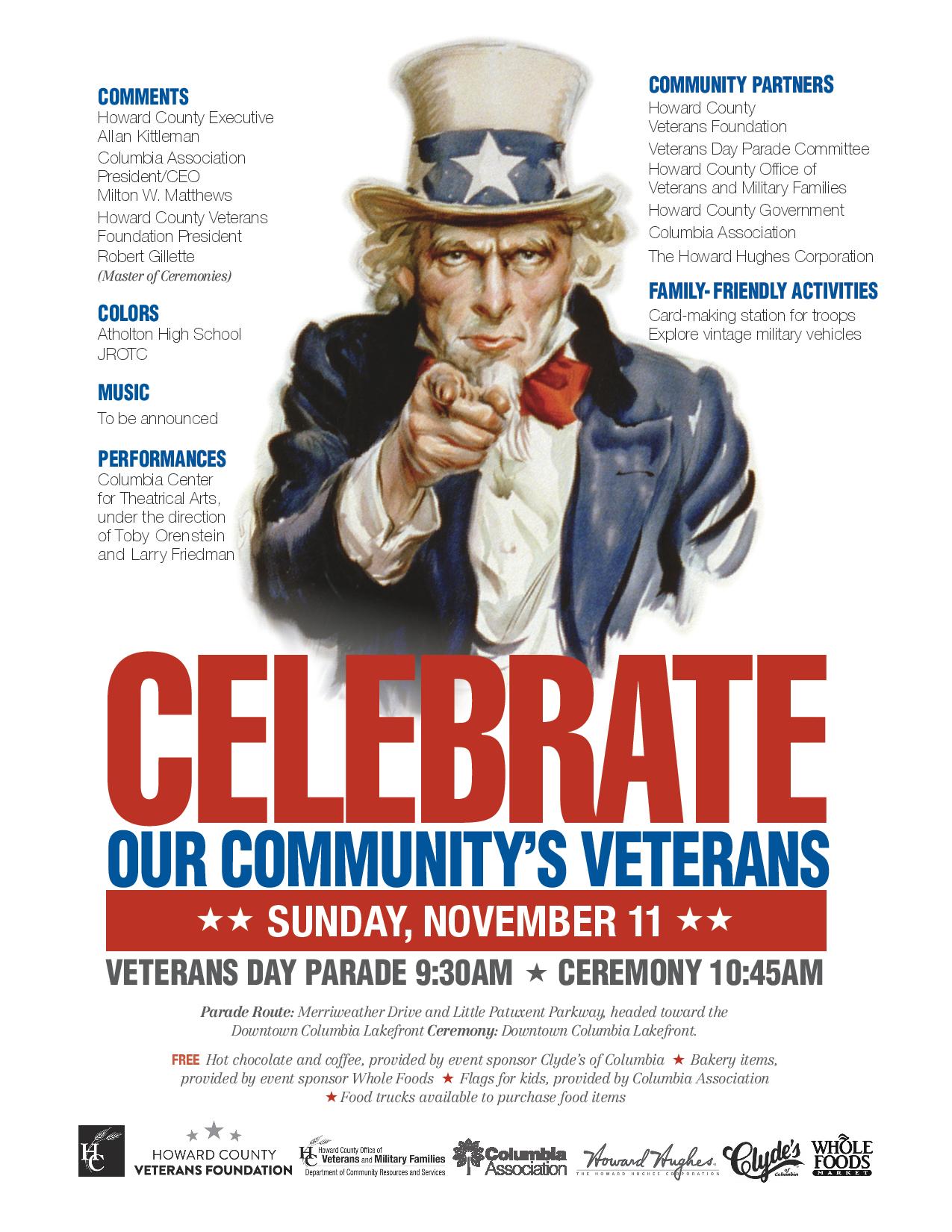 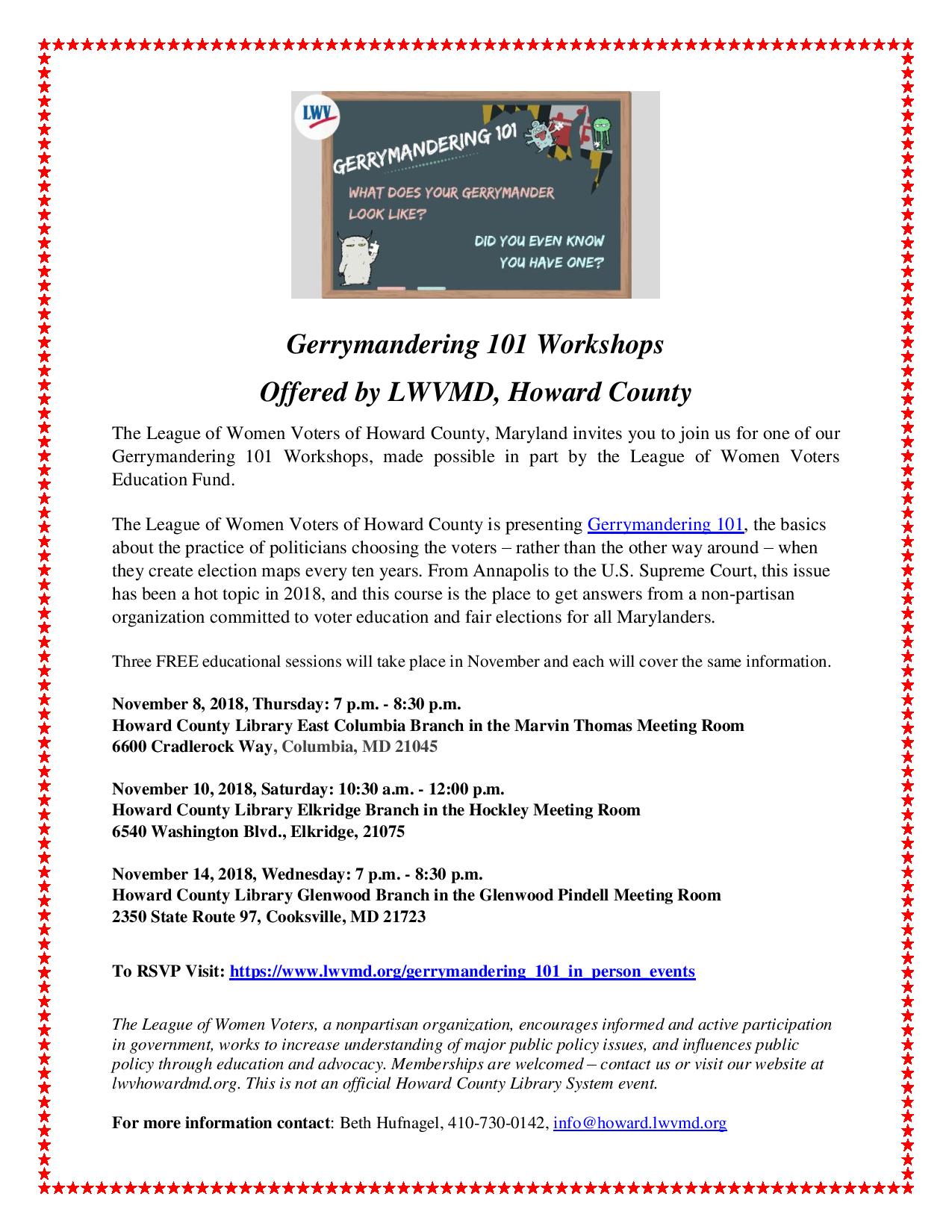 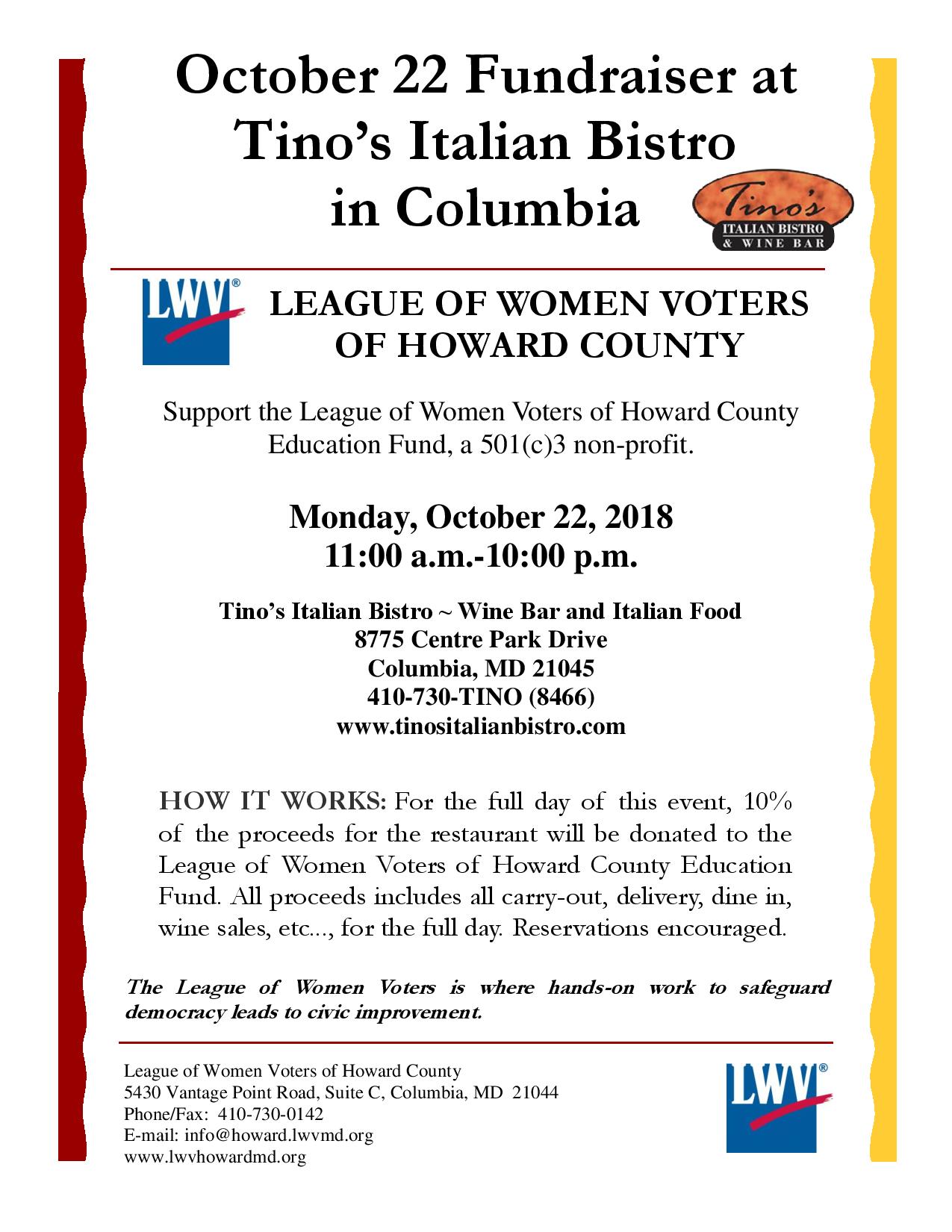 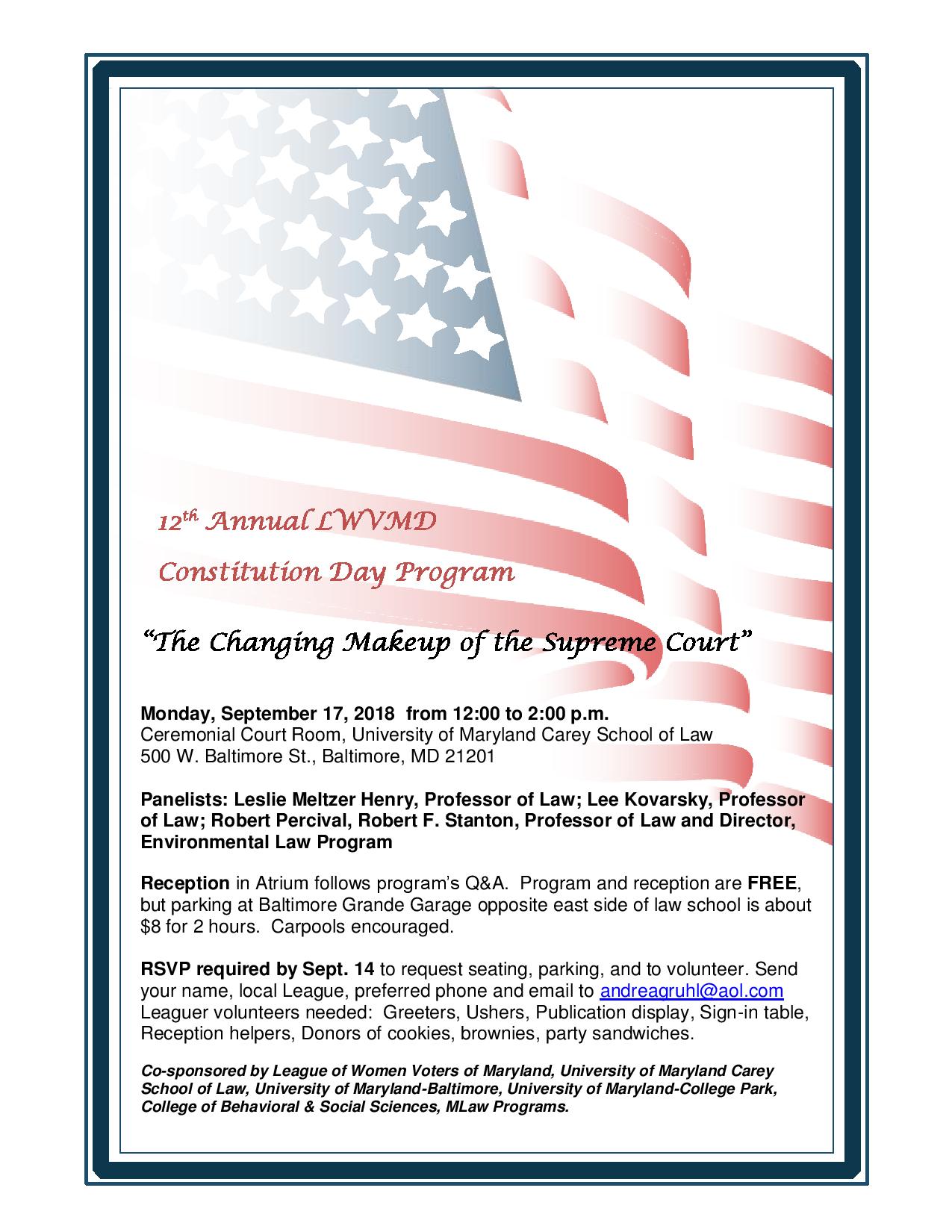 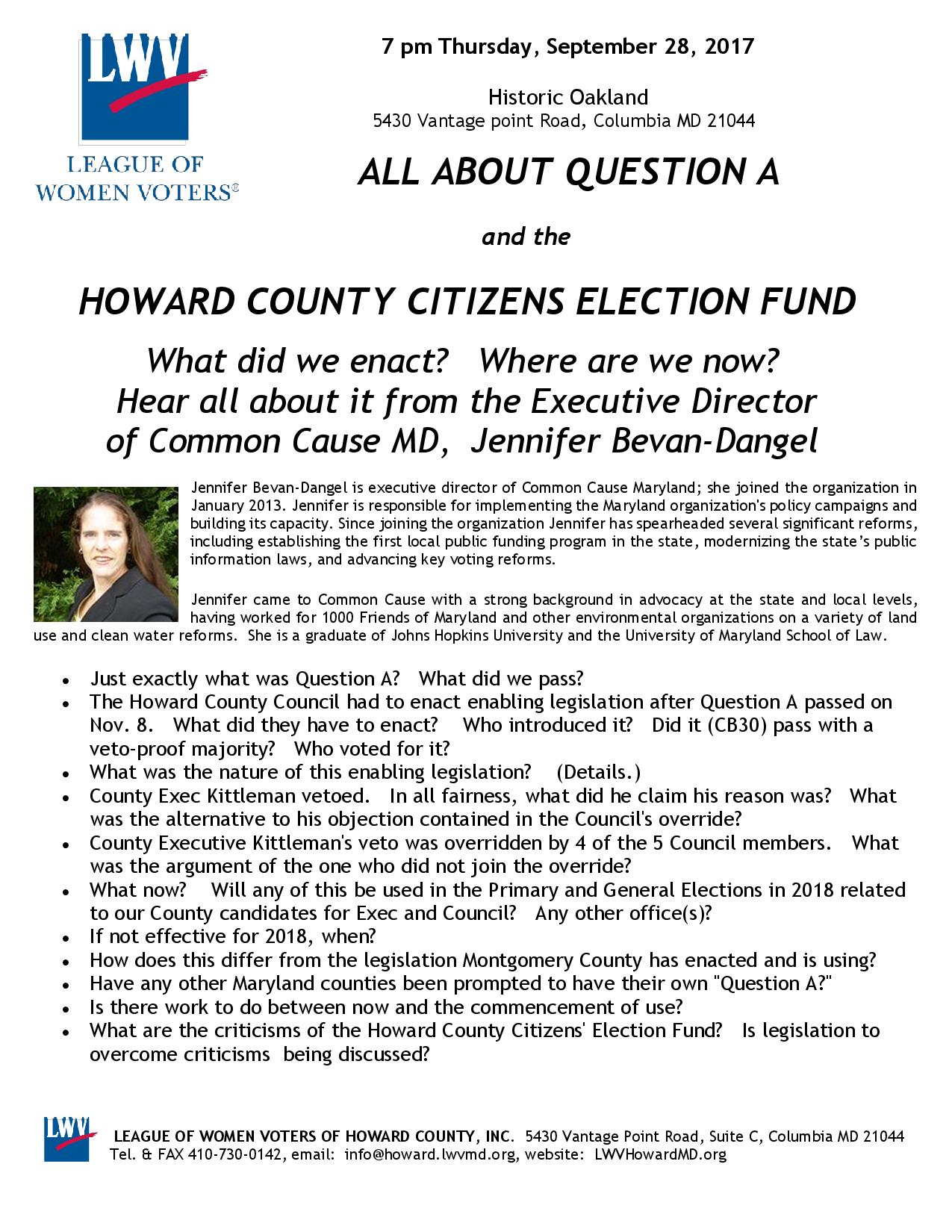 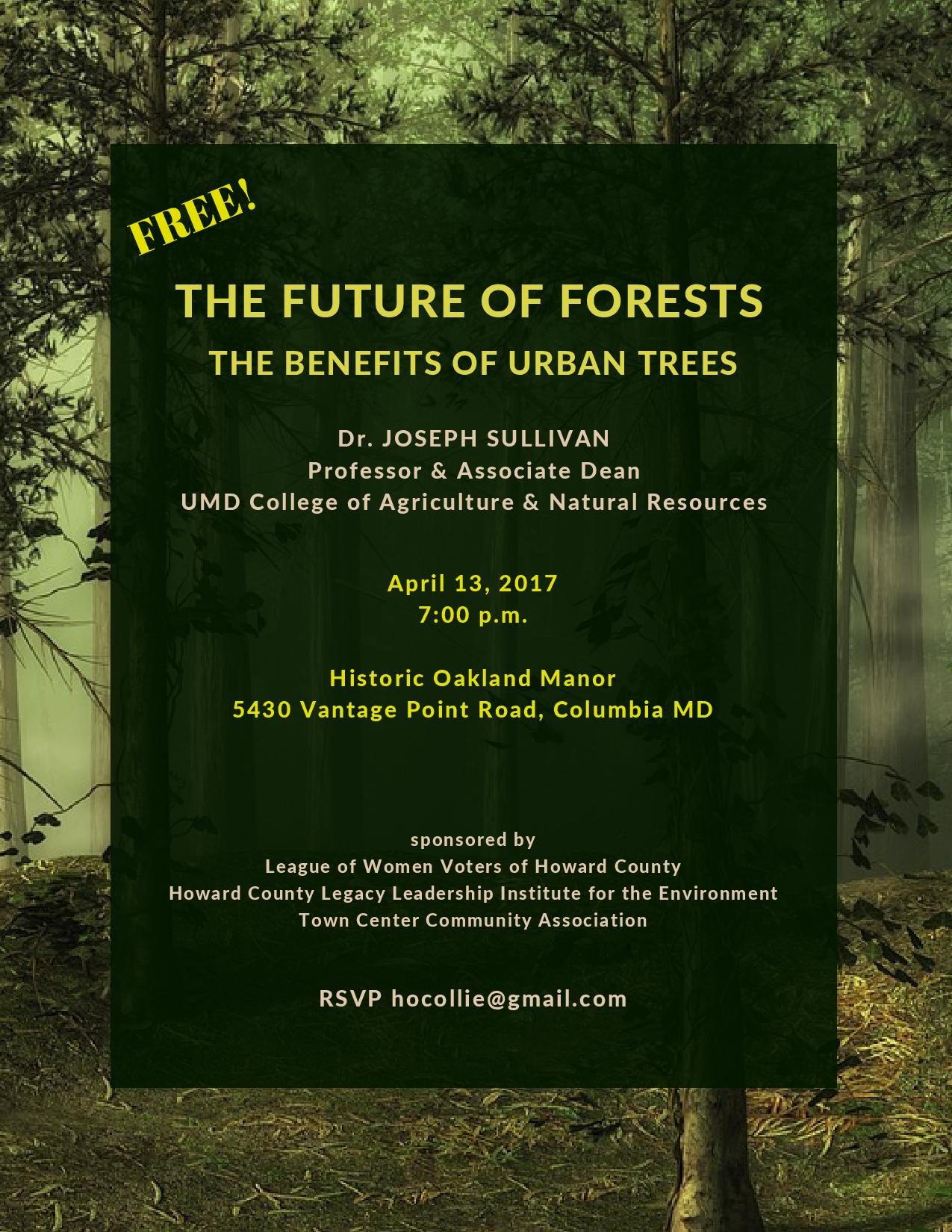 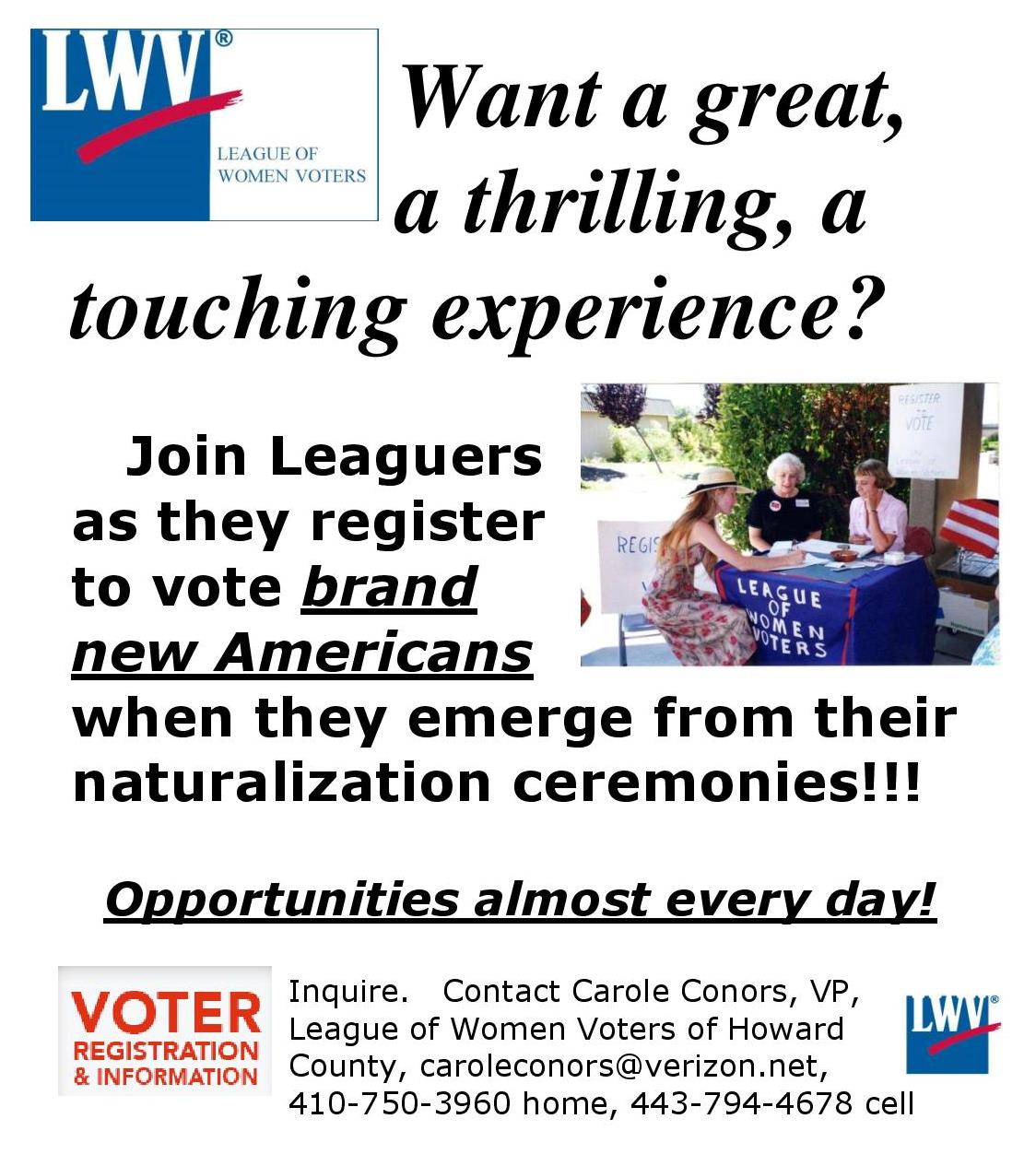 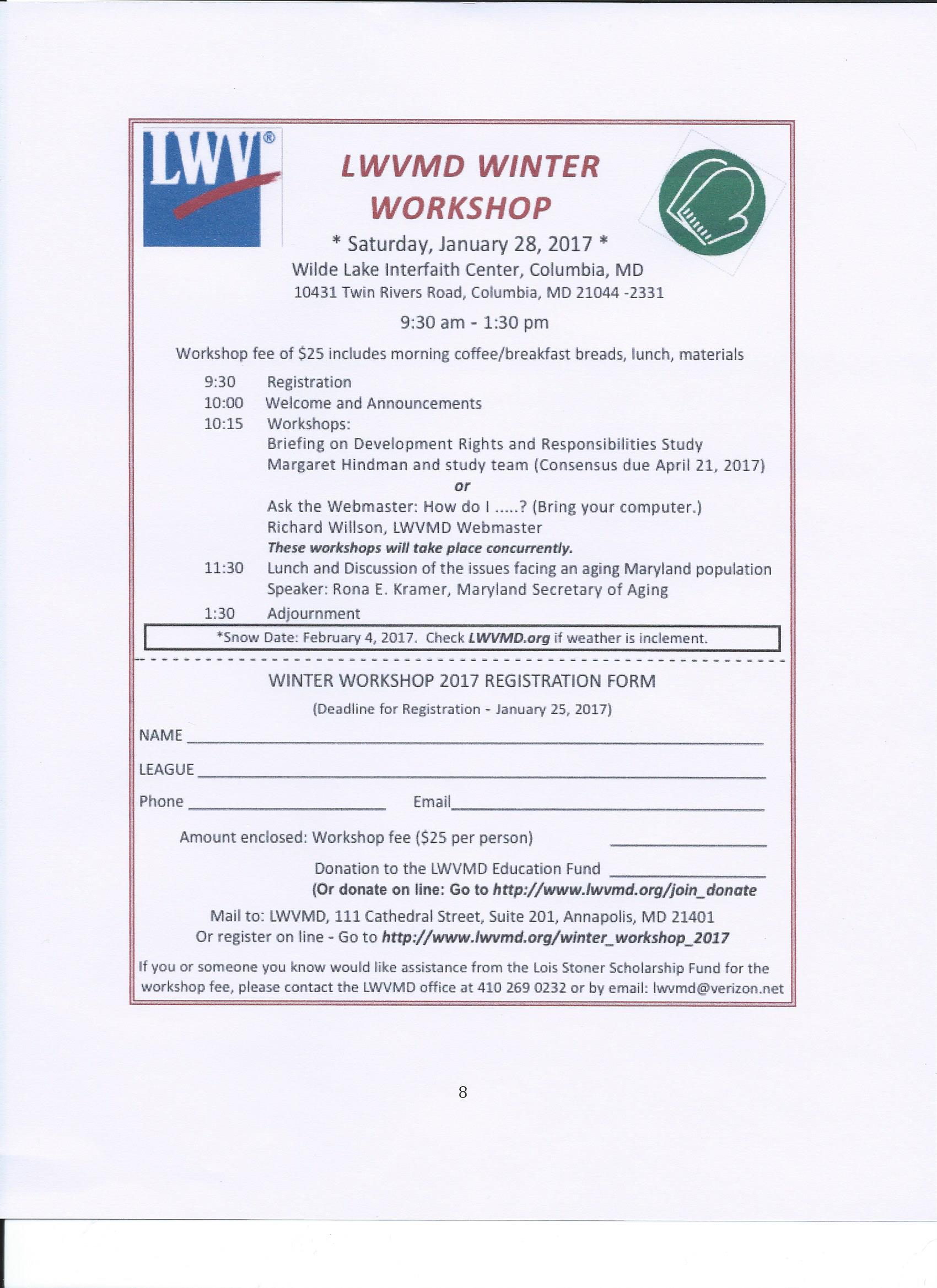 Join or Donate Now Volunteer Members Only
Subscribe with RSS